We are inspired by people who realize there is a need to convert the conversation around STEM into the more complete STEAM. Similar to the article STEM Needs A New Letter we see the opportunity to lowering the barriers due to affordable and easily accessible tools like electronics, robotics and coding, and rapid prototyping materials and hardware to not only revolutionize Design Technology and Art curriculums, but to do the same for all subject areas including Science, Math, Languages and more.

Below is a talk we gave on examples and the process we follow to introduce these skills to students. The Robot Week event this year was at the Tokyo Big Sight location near Tokyo Bay and was in the same hall as manufacturing and vacuum tools. So many great applications for robots to increase automation, and human leisure time.  Many companies’ products were marketed to better health.  Exo-skeletons were in abundance, and the queues were long to give them a test drive. Besides physical health, mental health was also addressed by robots designed to assist with outlying age groups. There were robots aimed at leading the elderly through daily exercises. They could speak and respond to phrases providing interaction without a keyboard or remote. For the younger ages, they had toddler-sized telepresence robots that allow grandparents to communicate and play on the floor with their grandkids from remote cities. Universities students brought interesting robotic devices like a solar powered survey car, mind controlled wheel-chair, and even a biomimicry inspired snake robot. The solar car is destined to be sent into nuclear disaster sites on a one-way mission. Solar panels will power sensors, communication and motors allowing this robot to take measurements at various locations reducing the number of people risking their health to enter those areas. The mind-controlled wheel-chair is able to sense its surrounding environment, and take basic instructions from an off-the-shelf Emotiv neuro-headset. The snake bot is marvelous to see in action as the 14 wheels are not directly powered, but motion is created by laterally rotating the axles in sync to create a movement in direction perpendicular to the axles .

The Kawasaki Robot Festival was also on-site showing the success from their annual event in August.  Universities compete for big prizes, and the festival hosts Jr.Robot events for school-age students to join and experiment with robotics.

Overall, it was amazing to see the wide usage of robotics already for sale, and those in the future as technical teams explore solutions to various physical, and mental challenges experienced in our everyday lives. 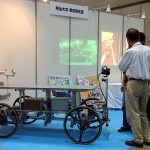 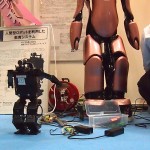 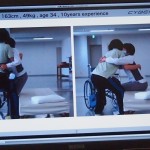 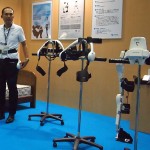 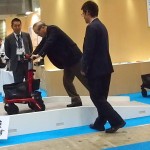 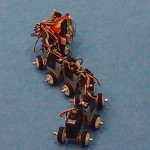 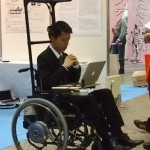 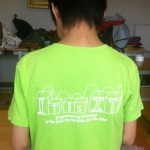 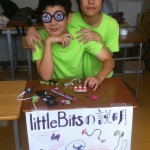 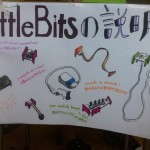 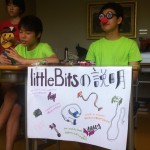 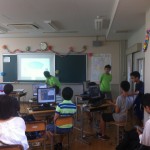 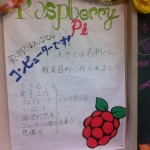 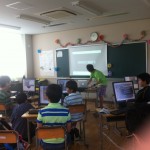 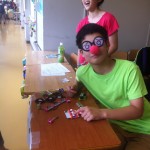 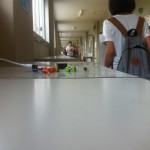 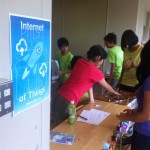 We’ve just taken shipment of a new batch of littleBits and are excited to see what the students can do with these! This Friday the 11th our third installment of the Maker Toolset after school club at Tokyo International School will begin. The theme is create Rube Goldberg inventions.

Full disclosure: I didn’t know what a Rube Goldberg contraption was until that viral Ok Go! video, actually the TEDx talk that summarized the process.

I was, however, quite familiar with ピタゴラスイッチ (pitagorasuichi) an NHK kids program that includes many short sections and usually including 2 Rube Goldberg contraptions. Its katakana for Pythagoras’ Switch, the math legend who came up with A2+B2=C2, but I don’t know the history and why it’s called that. It was one of the first tv shows I saw when I moved to Japan. It was love at first sight. I’m pretty sure that ピタゴラスイッチ now means RG machine.

What I am looking forward to is connecting the new digital and the analogue. ピタゴラスイッチ will sometimes include some electrical devices…but I haven’t seen any with programming involved. It seems to me that with some programming you could create some more complex and precise movements…really adding to the visual aspect of the RG contraption.

Looking forward to this installment! Congratulations to Candy Inc team who’s game was nominated most popular by the G1 students. This team was also selected for the Best Designed Game award. While the other games where also in high demand during our “Play Test” sessions, this group of girls really found the sweet spot when attracting repeat players.

It feels good to see these students drive and focus knowing that they are the next batch of inventors and innovators to decide solutions for all our futures. We look forward to seeing what creativity will spring from these young minds in future sessions. Our debut of the Robotics and Coding Sessions leveraging the Scratch-like interface of Enchanting with the flexibility of the Lego Mindstorms robots was a great success. We’ve been amazed by what the G4-8 students created and the challenges they’ve set for themselves to overcome.

Well done to our participants, we’re looking forward to many more interesting Maker Toolset sessions with you. Let’s discover the more about of the applications of electronics, robotics, coding and 3D modeling to provide tactile learning and discover together. Scratch is programming language designed for children at the MIT Media Lab. Check out this video and then visit scratch.mit.edu and get started creating your own interactive stories, games, music, and art.